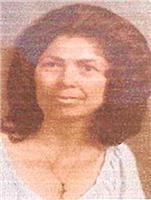 Terzich and Wilson Funeral Home is handling arrangements. A graveside service will be held at Mountain Shadow Cemetery.

Longtime Tuolumne County resident Vivian (Pease) Peterson died Friday, Sept. 23, at her home in Sonora. She was 89.
She was the youngest child born to Fred Pease and Lucy Silva Pease, and a fourth-generation descendant of the Pease-Ferguson family that settled in the Wards Ferry area during the Gold Rush. Often referred to as “Babe,” she graduated from Algerine Elementary School and was a member of the Sonora High School Class of 1950.
Vivian worked as a bookkeeper for the Sonora Inn and Bertelli’s Drug store. She enjoyed sewing, even when there was no pattern as a guide.
While in Alaska with her first husband, Robert Buck, she survived the 1964 Alaska earthquake and was the driver of the one last car out of Seward, Alaska, racing a tsunami.
She is survived by her children and their spouses, Douglas and Jan Buck, of Sonora, and Clifford and Marianne Buck, of Inyokern, California; three grandchildren and their spouses, Tyler and Lauren Buck, of Eagle, Idaho, Scott and Catie Buck, of Caldwell, Idaho, and Kate and Trey Callier, of Angels Camp; and two great-grandchildren, Arabella Callier and Eleanora Callier, of Angles Camp.
Vivian was preceded in death, by her parents, and by her sisters, Helen Truckenmiller, Marion Merrihew, Vera Menzes, Dorothy Murbach, Marjoire Merrick, Geraldine Whitley, Zelma Johnson and Wilma Marion, and by brother Al Pease.
Terzich and Wilson Funeral Home is handling arrangements. A graveside service will be held at Mountain Shadow Cemetery.