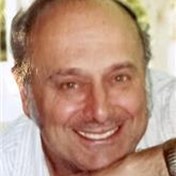 Lifelong Tuolumne City resident Al Antinetti passed on May 30, 2022, at his home surrounded by his family. He was 84 years old.
Al was born on March 17, 1938, to Adolph and Erna Antinetti.
He attended Summerville Elementary School then Summerville High School, where he excelled in baseball and was student body president. He graduated in 1956 and attended Stockton College before graduating from Sacramento State University. Al earned a teaching credential and embarked on a career in teaching.
Al worked for West Side Lumber Company during the summers while attending college and met his wife, Mary, on the steps of St. Joseph’s Catholic Church in 1962. They were married the same year, and he accepted a position at Orestimba High School in Newman as a teacher and coach. In 1964, he was hired at his alma mater, Summerville High School, where he taught for 34 years. Throughout his career he taught many subjects including biology and PE, and coached varsity baseball and basketball as well as track and field and football.
In 1966, Al and Mary’s son Mark was born, and in 1969 their daughter Linda.
Al loved the outdoors. He spent many happy hours fishing, hunting, and relaxing with his family while enjoying the natural beauty of Tuolumne County and the eastern Sierras. Cookouts and picnics in the mountains with his kids and grandkids were a favorite pastime. He liked to spend time with his dogs and could often be seen walking his dogs with Mary, or with his old Tuolumne friends. Al also liked to watch baseball games on TV. He was a member of the Sonora Elks Lodge and Figli d’Italia.
After retiring from Summerville in 1998, Al was able to spend time with his father Adolph, doing “retirement things” like fishing, running errands, and fixing stuff.
After Mary retired, some of their favorite travels included a cruise to Alaska and a road trip to the Southwest. He went on several out-of-state hunting trips with his son-in-law Roberto, which he greatly enjoyed.
Al was preceded in death by his brother, Norm, in December of 2021. He is survived by his beloved wife of 59 years, Mary, his son Mark, and daughter-in-law Joanie, and his daughter, Linda, and son-in-law Roberto. He is also survived by his grandchildren, Matthew, Kiki, Will, David and Wes, and great granddaughter, Noelle.